I have an odd habit. I tend to spend my hour-long commutes each day arguing with myself. More accurately, I create an antagonist to argue with out loud in my car. I suppose one might view this as bordering on sociopathy, but I find it quite therapeutic. My self-targeting arguments typically range from something as mundane as why a panini-pressed Reuben is an abomination that needs to be outlawed, to more pithy matters such as the existence of God. 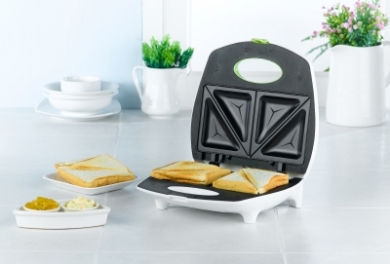 If there is a God, then why does He let bad things happen to good sandwiches?

It was such a self-induced diatribe regarding God and Existence that led me to a “holy crap I just missed my exit” moment. I asked myself a question I couldn’t answer… and not because I didn’t have an answer prepared. It was because I asked several questions at once. Here it is:

“Do you believe in aliens?”

Simple enough, isn’t it? Five tiny words. A stumpy little sentence, easily uttered, casually flung into someone’s face like a wet sock. How hard is it to answer such a shrimpy little question? Pretty hard, turns out. Because it’s a loaded question, absolutely pregnant with connotation and cultural assumption. When anyone asks “do you believe in aliens”, know what they’re not asking? “Do you believe that intelligent life exists elsewhere in the universe?”

Considering the sheer size of the universe, the number of possible planets in existence, and the variables required for life not only to begin but to ascend into cognizance, the question of whether intelligent life exists is basically a mathematical certainty. However, the same scale that creates this certainty also precludes any reasonable likelihood that intelligent civilizations would exist at the same time, much less that they would ever contact one another.

But that’s not the question that was asked. “Do you believe in aliens” speaks less to mathematical certainties, and more to societal norms. The question asks “do you believe that intelligent life is currently in contact with our planet, has been for a long time, and that its involvement with our government may or may not be the stuff of conspiracy?” It’s asking about crop circles, lights in the sky, cow mutilations and questionable body cavity explorations.

It’s asking if you’re a raging nutter, basically. At least, that’s the purpose of such a question. The same stealth payload of twisted connotation comes in other questions, such as “do you believe in God?” or “are you a writer?”

See what I did there?

Often times, when one is asked “are you a writer?”, the real question is “are you hopelessly and foolishly pursuing a pipe dream, filling your days with self-indulgent navel-gazing and histrionic coffee-shop type mongering?” There is an assumption that writers are mislead. They are unemployed artsy types demanding that society justify their existence. They aren’t producers. They aren’t part of the system.

Naturally, this is a lot of rubbish. Anyone who has written an email or scratched a grocery list together has written something, and therefore can be classified as a “writer”. What we really mean by “writer”, or “author”, is something more self-defining. But should it be?

I have a full-time job that pays the bills, and requires that I spend inexcusable amounts of time on I-70 arguing with myself about aliens. I also carve out time in my schedule to outline, draft, edit and revise. My soul’s avocation is to entertain, to tell a story, and to move a reader to some new emotion. I recognize that there is no One True Way to achieve my dream, nor should there be. But I refuse to accept the assumptions placed upon me by those who don’t understand my compulsion to write fiction.

So when someone asks me “are you a writer?”, my response is “yes, and so are you.” The manner of subverting an assumption is as self-defining as the assumption itself, and I’m happy to get someone thinking about the questions they ask.