My friends, I am truly on a roll. In the last month I have read four novels. This is a record for me, and I believe all of the credit goes to my Kindle. This little electronic device has revolutionized the way I read. I’m sure there’s some kind of physical/mechanical reason for this. I have no idea what it is, but I’m reading faster, I’m reading better, and most importantly… I’m reading.

Which puts me into a position I’m not used to. I am turning into a book purchaser. Which is neat, because I’m also trying my level best to be a published novelist. Blog posts and advice on marketing and packaging one’s manuscript have proliferated on Internet like a swarm of jackrabbits. I’ve read all kinds of schemes, including how to make your novel “viral” (I was certain Robin Cook would have been involved somehow, but what can you do?)

But when you really boil things down, all of the advice in the world is reduced to a question anyone can answer: “How do I decide what book to buy?” 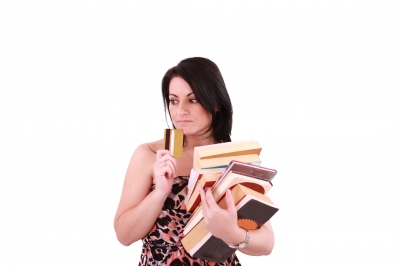 Mehhh... that one has a mauve cover. Mauve makes me itch.

Assuming one does not consult star charts or sheep’s entrails, the process is internal. And the answer is different for everyone. I’ve purchased four e-books in the last month, and I’m about to do it again. This time, however, I’m dissecting my thought process as I make this routine decision.

Why? Because I want to internalize the process. I want to know why anyone would answer this question with a book I have written. Turns out, it’s easier said than done.

The last four books I’ve read have been the Hunger Games trilogy by Suzanne Collins, and World War Z by Max Brooks. I chose to pick up The Hunger Games because I wanted to read it before I saw the movie. Okay, fair enough. I then picked up the rest of the trilogy because the first book did a fine job of wanting me to finish out Katniss’s journey.

Then I was stuck… no more Hunger Games books to necessarily follow. I floundered for a day or so before I read an article on IMDB.com about casting the World War Z movie. That reminded me of how I almost bought World War Z last year, but decided to wait until I had a Kindle to buy it in electronic format. Bingo. Decision made (and I’m happy to say it was the correct decision. What a book!)

And so, here I am again, faced with the decision.

Last night I was hopscotching around the blogosphere when I ran into an article on Joseph Campbell’s Monomyth structure. This article referenced Orson Scott Card’s Ender’s Game and how it conformed to the Monomyth. That got me thinking about how I had mentioned to a friend of mine recently that I had never read Ender’s Game. She told me it was being made into a movie, and BAM! Now I’m worried about the movie coming out without having read the book.

It’s highly likely I’ll end up buying Ender’s Game, now. But here’s the thing… Hollywood appears to be driving my purchasing decisions, and I’m not 100% comfortable with this. I say that, but why should that be the case? Why should I feel that Hollywood somehow besmirches my literature decisions? Is there some misplaced distrust I’ve cultivated against the movie machine? Or is it not the case that Hollywood is farming popular literature for a reason?

At the end of the day, however, this dissection of my purchasing process hasn’t benefited me all that much as a writer. If a reader like me is the standard, I’ll have to get a novel published, sell the movie rights, and wait for the casting buzz to hit the Internet before people will buy the book. That’s kind of bass-ackwards. The good news is that I’m not the average reader. I’m a relative new-comer to mass literature ingestion (dibs on Mass Literature Ingestion as a band name). There are old school readers out there eager to consume. I’m not in their heads just yet, so I’ll fall back on some solid advice I received from a composition teacher:

“The best thing you can do is to write a great book. Everything else is secondary.”

One response to “Being the Buyer”